We use cookie on our website. By continuing to browse our site, you are agreeing to our use of cookies. Find out more about our cookies. Close
Home — Goole & Airmyn — NOTICE OF PUBLIC RIGHTS AND PUBLICATION OF UNAUDITED ANNUAL RETURN

NOTICE OF PUBLIC RIGHTS AND PUBLICATION OF UNAUDITED ANNUAL RETURN 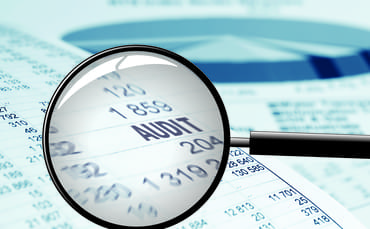 2) Each year the body’s Annual Return needs to be reviewed by an external auditor appointed by the Audit Commission. The unaudited Annual Return is published with this notice (Goole & Airmyn IDB Annual Return 2016-17). As it has yet to be reviewed by the appointed auditor, it is subject to change as a result of that review.
Any person interested has the right to inspect and make copies of the accounting records for the financial year to which the audit relates and all books, deeds, contracts, bills, vouchers, receipts and other documents relating to those records must be made available for inspection by any person interested For the year ended 31 March 2017 these documents will be available on reasonable notice by application to:
JBA Consulting Epsom House Chase Park Redhouse Interchange Doncaster DN6 7FE

3) Local electors and their representatives also have:
• The opportunity to question the appointed auditor about the accounting records; and
• The right to make an objection which concerns a matter in respect of which the appointed auditor could either make a public interest report or apply to the court for a declaration that an item of account is unlawful. Written notice of an objection must first be given to the auditor and a copy sent to the body.

4) The body’s Annual Return is subject to review by the appointed auditor under the provisions of the Local Audit and Accountability Act 2014, the Accounts and Audit Regulations 2015 and the NAO’s Code of Audit Practice 2015. The appointed auditor is:
PKF Littlejohn LLP Ref: SBA 2nd Floor 1 Westferry Circus Canary Wharf London E14 4HD (sba@pkf-littlejohn.com)

5) This announcement is made by: JBA Consulting (Clerk to the Board)